ACI In the News 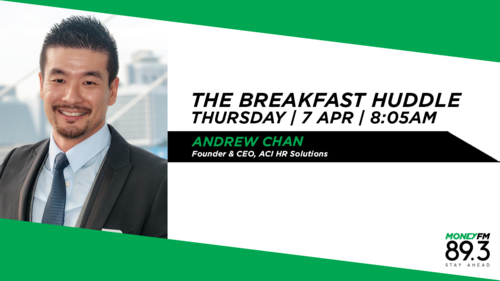 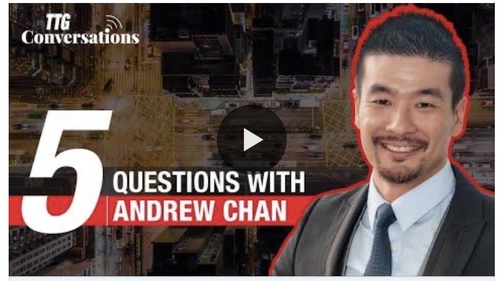 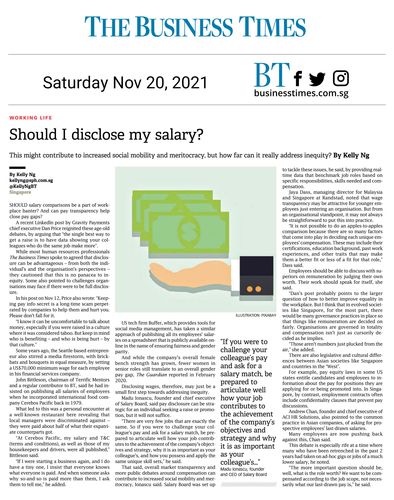 Mentorship – a guiding light for a challenged travel and tourism business landscape...read more

Is Work From Home Really The Future? - Work from Home (WFH) became a ubiquitous new acronym during this pandemic; but is it really here to stay?...read more 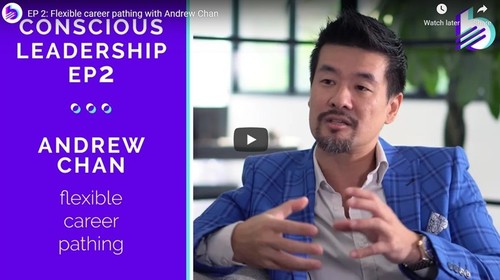 More than 70% of travel and tourism jobs impacted by pandemic; growing numbers of those considering a move out of travel...read more

Trends in Travel and Hospitality Industries During & Post-Pandemic: Q&A with Andrew Chan, Founder and CEO of ACI HR Solutions...read more

The people predicament: How will we retain talents whose faith is broken?...read more 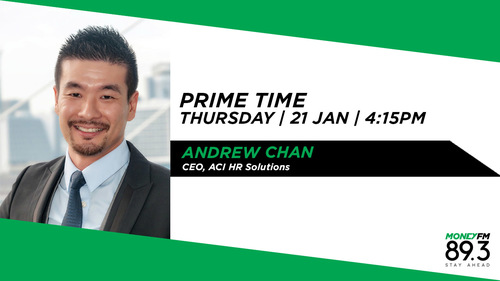 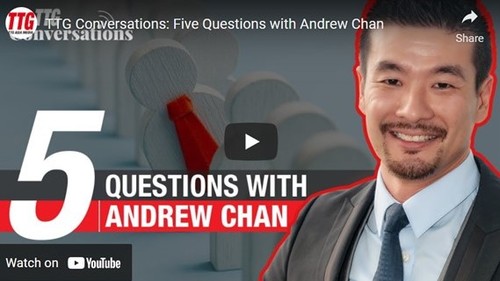 Opportunities in other industries... watch here 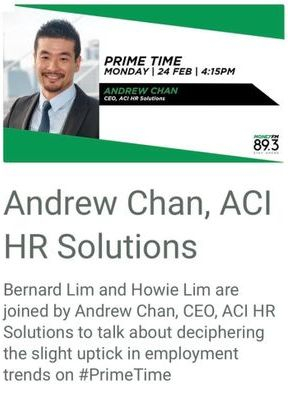 How employees in APAC feel about their career progression, training, and more 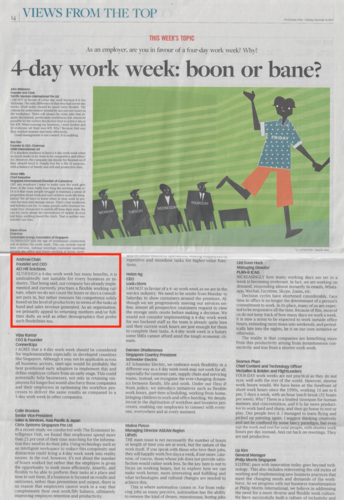 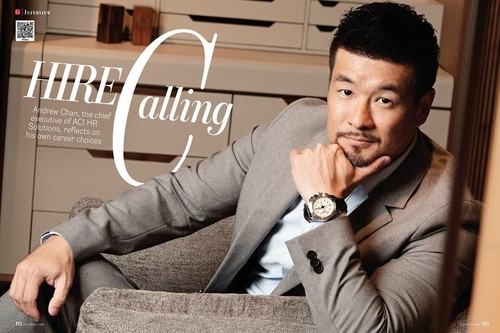 Disrupting the recruitment space with AI 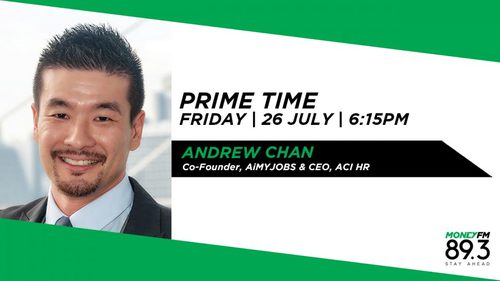 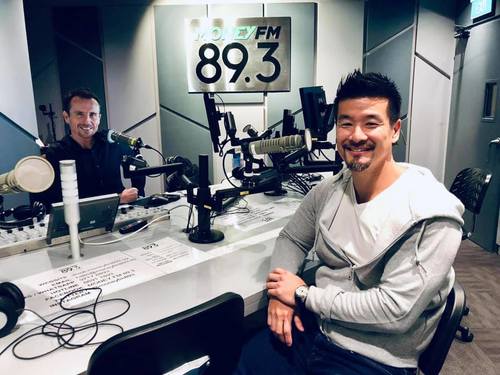 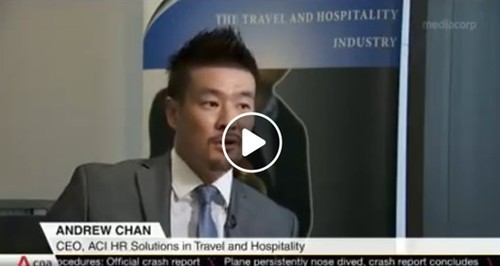 How is the hospitality industry in Singapore doing so far this year?...read more

The Dark Side of Human Resources in Today’s Tech-driven Industry...read more

New year, new beginnings. What are your resolutions for your career in 2019 and what are you planning to do to achieve them?...read more

“A trend among the younger professionals in the 21st century is to favour jobs that offer more work-life balance, resulting in the rise of flexibility as a criterion in employment,” Andrew Chan, Founder and Chief Executive of recruitment and training firm ACI HR Solutions, said...read more 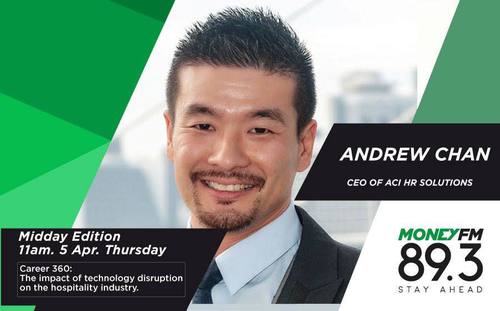 ​With Singapore's Parliament currently in session, queries were raised by MP Assoc Prof Fatimah Lateef on the checks and balances to ensure that jobs advertised on internet based job portals are authentic and accurately described... read more

The future for travel marketers? Use artificial intelligence just like Netflix

Ahead of his panel discussion at Mumbrella Asia's upcoming Travel Marketing Summit on April 16 in Singapore, ACI HR's Andrew Chan examines the next frontiers of artificial intelligence in the travel industry...read more

This entrepreneur transformed ACI HR Solutions into a hospitality giant

When boutique human resources consulting agencies began flooding the Hong Kong market back in 2012, Andrew Chan saw an open door to launch a business. His idea was to form a specialist recruitment and training firm owned and operated by homegrown individuals within the travel and hospitality industry...read more

Expert Advice: Women in the business 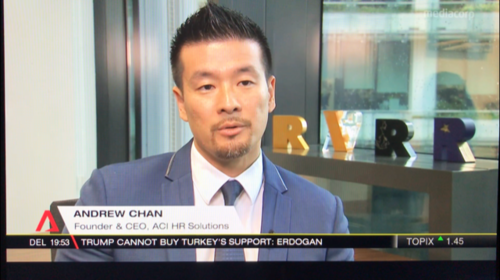 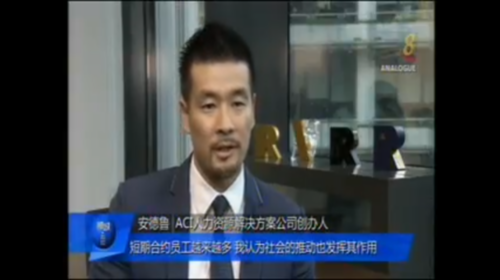 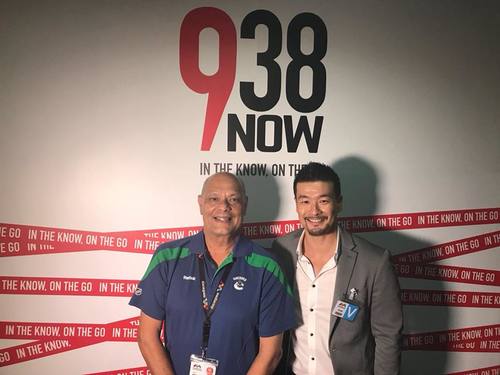 Women at the helm can bring about better commercial performance and push companies to build a family-friendly work culture....read more 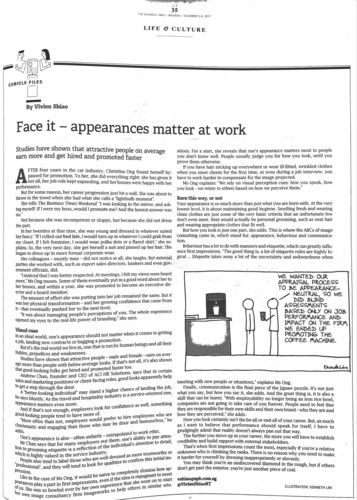 A new initiative by ACI HR Solutions recognises industry professionals within the travel & hospitality field who inspire creativity and originality through their mentorship of employees under their charge... Read more

A spike in technology adoption rates in the trade sees not just millennials but consumers across all ages using the services.​.. Read more 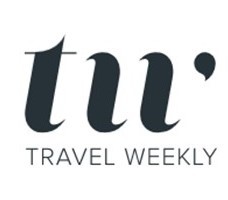 Travel's pay gap between men and women bigger than ever

A shocking new report into the gender salary gap in the travel and hospitality industry has shown that not only is the gap still there between men and women, but it could be getting bigger... Read more

ACI HR Solutions has taken home a gold and a silver at the prestigious HR Vendors of the Year HK 2016 event held in Hong Kong. The company picked up the gold award for 'Best Recruitment Firm - Hospitality'... Read more

Strongly geared towards attracting ‘next generation talent’, ACI HR Solutions has harnessed one of the latest trends in smartphone marketing... Read more

Some of the other standout organisations in the awards for recruitment agencies were ACI HR Solutions (gold for best recruitment innovation)... Read more

EMPLOYMENT in Asia-Pacific’s travel and hospitality industry is expected to remain healthy this year, bucking the trend forecasted in most other sectors...Read more

OVER half of Asia-Pacific travel industry professionals received a pay increase in the last 12 months... Read more

Asian Travel Salaries on the rise

More than two thirds of travel industry employees have received a pay rise in the past 12 months, a new study has revealed... Read more

Speaking from his Hong Kong office, Andrew Chan, CEO today announced the appointment of Mr Hans Ebeling as a new member of the ACI... Read more

Tapping and retaining the best talents

FINDING the right people with sound attributes and capabilities to help man the various aspects of business... Read more

Confidence low, but salaries up in travel and hospitality...Read more

Salaries among tourism employees in the Asia Pacific region are rising, but workers are becoming increasingly frustrated over the lack of career progression, a new study has found... Read more